We are honored to have won Best of Amarillo for 9 years in a row.
Thank you to all of our wonderful clients!

Dr. Faulkner and the staff would like to send a heartfelt message to our families, loyal clientele, and friends for the votes that put him and our clinic into the Best of Amarillo Hall of Fame.

Winning BOA is thrilling and a huge motivator to keep trying to do our best every day, even when things are tough or don't go the way we want; everyone out there in the service business understands what that means!

Thank you Amarillo for everything! We are truly humbled by the loyalty and we are grateful for the honor.

What You Should know 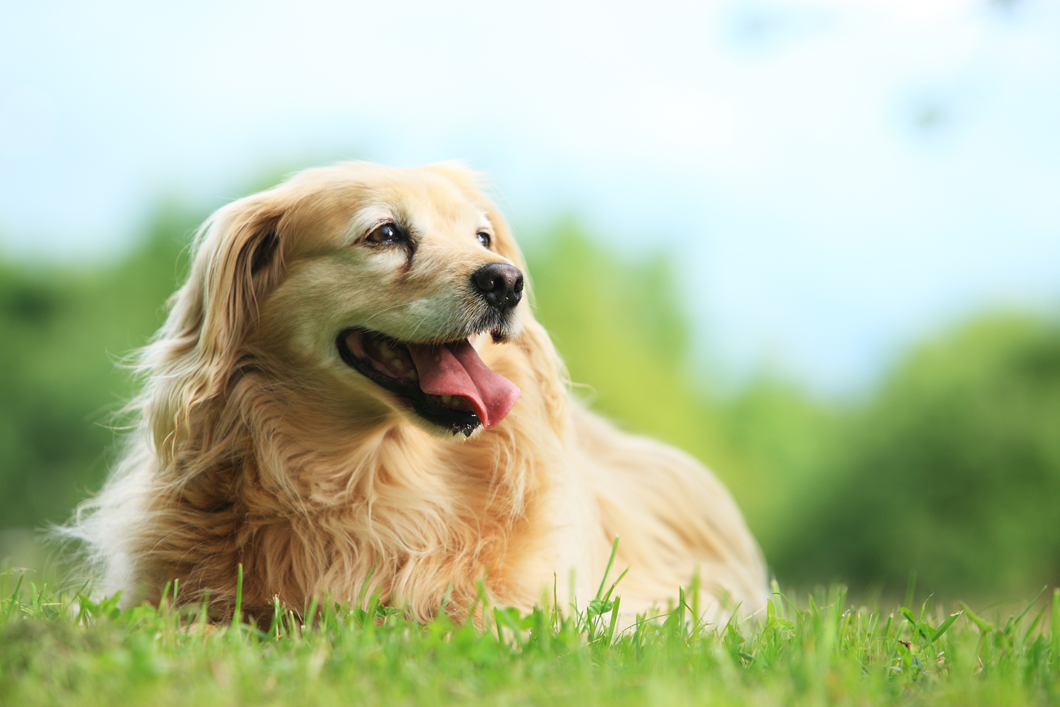 Nutrition and Your Pet 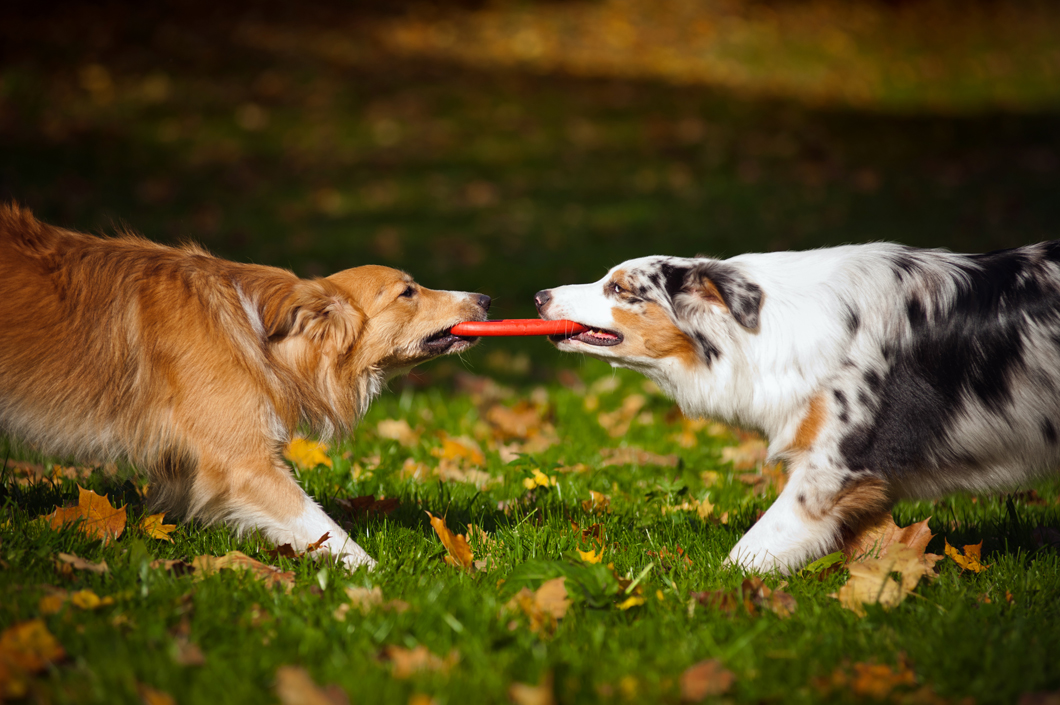 Hope Veterinary Clinic, PA focuses on small animal medicine and surgery. We are committed to helping our clients select the best medical decisions for their pets. We believe education and communication are very important in companion animal care. Our staff is a cohesive group of individuals who work very hard to ensure that your pet is safe and comfortable while in our hospital. We are focused on the cleanliness of all areas of our clinic. Dr. Faulkner has over 35 years of medical experience and a passion that is essential when facing the challenges of small animal medicine and surgery. Let us know how we can help you. A companion animal can make a great difference in your life and we are here to help whenever you need us.

Hope Veterinary was founded in 1981 by Dr. David Faulkner and our mission statement is "We support the human-animal bond". Click to learn more!

Keeping your pets happy and healthy is our job, and our site is full of helpful info, including nutrition, vaccinations, medication, and geriatric pet care.

Need to make an appointment for your pet with one of our Amarillo, TX vets, or have a question? Call us today at 806-353-5566 or fill out our Contact Form.

Included in this statement is the position of Hope Veterinary Clinic and Sarah and David Faulkner of Amarillo, Texas on the G7
tragedy and the proposed Ordinance.
I will assume here that all reading this will know to which Ordinance I am referring.
I am Sarah Faulkner and I am writing on behalf of the business, David and myself.

We have long been supporters of the Amarillo Humane Society and the many shelters and rescue organizations in the area which ultimately pull animals from the City Pound and find them suitable homes. I have been impressed with the work done through many people and at times, have seen unity and reciprocity between the Pound and the rescues.
The G7 debacle and the proposed Ordinance have put all at an impasse but we have to use this current climate to answer some tough questions and make some changes.

We are appalled at the contemptible decision of Dick Havens to euthanize a mother, an animal now known as a letter and a number,
at the most vital and yet most vulnerable time in a female's life. An act like this would never, ever occur inside the walls of a veterinary clinic.
We do not support the proposed Ordinance. It smacks of a discrimination lawsuit and is entirely unenforceable.
This clinic will not be part of any plan Dick Havens may propose that would include veterinary clinics to report unlicensed litters nor will we ask to see paperwork
pertaining to licensed litters if our City does lose its mind and adopt the proposal.

The answer is education and the building of a Low Cost Spay and Neuter Clinic. Multiple times a day clients ask me what it costs to spay/neuter. As many as 15 times a day,
I answer this question. We have kept those fees low as we can to help as many as we can schedule and sterilize. We honor as many certificates as we can. I do not believe that a LCSNC will harm veterinary clinics. There are enough people who simply want their veterinarian to perform the surgery and will go to that clinic. We are scheduled two months out!
The people who want to spay and neuter but are on a tight budget will use the LCSNC and bounce back to the vet clinic for other types of care.

I personally have been at the receiving end of collusion and retaliation from Dick Havens. I must stay on point here but I want our City
to know that if anyone wants to hear my story of what he is capable of doing when he is crossed, please call me. I hope you are the news. I'm standing right here.

Last week Hope Vet Clinic was involved in rescuing 35 adult cats and 19 kittens from the most devastatingly filthy environment I've ever seen involving animal cruelty. From our staff, I would like to thank Kristian Tucker, Cherelle Rubins, Brea Brown and Michael James as well as William Kearn, a friend to all animals for helping rescue these animals from certain death.

Anyone who could foster or adopt these cats and kittens will be greatly appreciated. Due to the volume of animals, I cannot promise, but I will try to get corporate sponsorship for vaccinations. Feel free to come by and any staff member can show you the cats that are available.

Obviously, we do not want to divulge the location of where these animals were hoarded. The property manager said the building will be taken down to the frame to be rebuilt. The person responsible is an aged woman who used to be a conscientious care provider but somehow lost her way. It is not our intention to drag this woman's name through the mud but that said we have many more pictures on hand if anyone would like to see more of the environment in which these pets suffered.

Some were born in this disaster and have never had a breath of fresh air in their lives. Most are friendly and have adjusted to the new norm quite well. Many are this side of wild. Several would be great for barn and shop cats! All must be sterilized but will have to be worked into our busy surgery schedule. You may have your own veterinarian for the procedure. We will honor any sterilization voucher as we cannot sterilize the cats at no cost; there are simply too many.

Any fourth-year veterinary student could sterilize at the clinic on a Saturday under Dr. Faulkner's license and mentorship as long as the client has a voucher!

I know this is a wordy post and I apologize. I cannot overstate the importance of needing help with this project. We will keep our friends and followers on
Facebook apprised of the progress we are making to rehome and foster - onward through the fog!! #whatwasIthinking

Case of the Month

For our case of the month, we wish to present Oliver, a terrier mix with a withering stare, an unquenchable appetite for making veterinary staff nervous and a constitution carved from stone.

Oliver presented to us June 17 of this year – vomiting, lethargic behavior and significant diarrhea were all turned up to full volume. He had completed three puppy vaccines in a timely fashion and the owners, Susan and Siroos Free, could not recall anything in their home or his outside environment that could make Oliver sick. Given that we are in the Texas Panhandle, a wonderful area but a parvo Vallhala, a test was run and returned as POSITIVE.

Hurdle #1: A breaking parvo puppy following a round of vaccines from a veterinary clinic is rarified air in itself – approximately 1:1000 of pups vaccinated will still become ill with the virus, more on that later. Also an issue, his significant vomiting lent itself to the beginning of esophagitis. Both were brought under control, but a little bell chimed in some of our heads; although shy, Oliver should have been exhibiting more “puppy-like” behavior and he was discharged with cautionary orders to return if all did not return to normal.

Our friend came back 2 days later. He remained despondent and suffered from significant episodes of vomiting. A second parvo test was negative and his lab work was unimpressive. Normal supportive care ensued and an endoscopic exam,along with an abdominal ultrasound, were ordered. The scope confirmed mild esophagitis but unfortunately the ultrasound imaged the dreaded intussceception, a dreaded condition that arrives following some gastrointestinal insult, in Oliver’s case a nasty round of parvovirus.

Hurdle #2: Abdominal surgery in a young puppy with esophageal issues and a recent history of severe gastric trauma due to parvo. The surgery, performed by young Dr. McKnight, went well and although he lost several inches of small intestine, Oliver made a wonderful recovery. He went home a happy, bouncy puppy. We were encouraged. Somehow though, the shadow lurked.

Oliver came in again, weak and in trouble. The doctors talked and found the one consistency in his symptoms and his improvements – fluids. Could it be that he was an adrenal patient?

Hurdle #3: An ACTH test was run and sure enough, and although his labs never suggested it, and parvo and intussceception got in our way, Oliver proved to be severely Addisonian, a condition where the adrenal glands do not produce the two types of steroids used by the body in multiple systems.
Meds plans on board, Oliver finally found stability in his underlying functionality. He still has a couple of issues but overall, is at last a funny, wild puppy!

Oliver is case of the month for three reasons:

We would like to thank the Frees for their dedication to Oliver and for understanding and appreciating a team effort.